Ampuries ruins are located by the Mediterranean, in the Costa Brava, about 2 hours drive from Barcelona. The village next to this Greek and Roman Settlement is  l’Escala a lovely fisherman port.  This area is  very close to the Pyrenees, the Catalan natural border between Spain and France.

During the VI century B.C.  Greek people arrived to Ampuries and founded a colony, Emporion. During the second Punic War, at the beginning of the III century B.C., the Roman militars came into Spain by Emporio, and  and they started the romanization of the Iberian Peninsula. In the II century B.C. they founded Emporiae at the north side of the greek colony.

In 1908 the archaeological reseach was started until today, there are still 75% of the settlement pending of excavation, and Ampuries is part of the Archaelogical Museum of Catalonia. 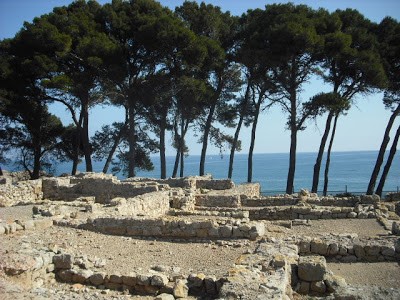 View of the ruins of the greek colony by the mediterranean 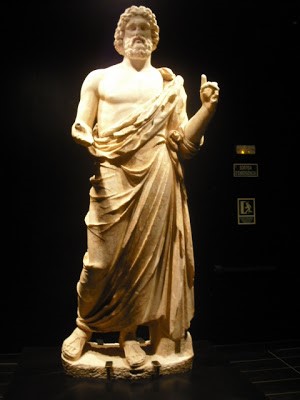 The original Asclepius statue found in 1908

Asclepius was the Roman Good of Medicine, son of Apollo. This statue was found in Ampurias during the excavations  at the beginning of XX century.  Josep Puig i Cadafalch, important architect, politician and very well educated character, srtarted sistemathic archaelogical reseach in the area of the ancient Emporio and, since then, excavations have not stopped. 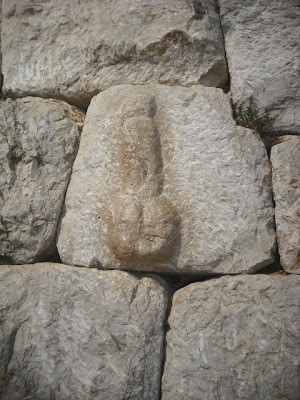 A phallus by the gate of the Roman colony, symbol of prosperity and luck 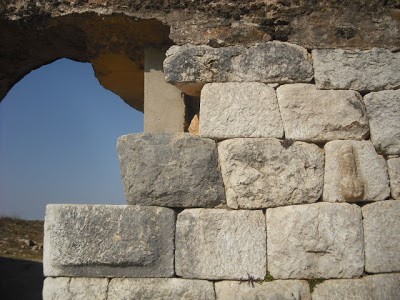